How does our interactions with and analysis of art develop our ideas and understandings of society, culture, and history?

In this lesson, students experience rain through several activities, experiments, reading, and performing

Rain is needed everywhere for life. In this lesson, students experience rain through a hands-on auditory activity, a science experiment, an award-winning children’s picture book, poetry reading and writing, song and chant, and an instrument-making activity. 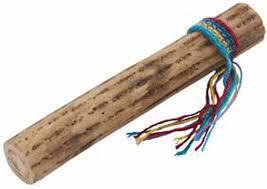 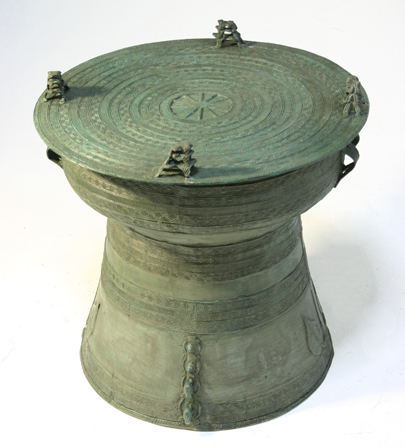 The rainstick.  Where  is Chile  on the map?   Chileans use rainsticks to encourage rain to fall. Real rainsticks are made from the cactus plant.

The rain drum. Where is Northern Vietnam? The following is from raindrums.com

The rain drum is now believed by most independent scholars  to have originated in northern Vietnam in the fifth century BC.The best conclusion is that bronze casting began in Southeast Asia (most likely in Vietnam and Thailand)  and was later borrowed by the Chinese and other cultures. In truth, the entire region can be proud of the accomplishments  of the Dongson culture for these people occupied an area that  encompasses parts of present-day Vietnam, Thailand,  and South China.  During the Dongson era in which Vietnam came to develop a strong national identity, the tribes of north Vietnam constructed drums (now often referred to as "Dongson drums") out of bronze using lost-wax casting methods.  Over the years many drums dating back to antiquity have been  found in this region. New drums are being discovered to this very day.

As the Dongson drum made its way throughout Southeast Asia and China, it took on meanings unique to the assimilating culture. For example, among the Karen tribal people in Burma and Thailand, the drum was used to summon the rain. This is how the Dongson drum came to be known by most people as the "rain drum." The Karen are animists and believe that the sounds produced by the drum are pleasing to the spirits ("nats") who lived in the trees, water, and other objects in their surroundings. The drums are also used in ceremonies to summon ancestors. It has been said that among this group ownership of a rain drum brings more status to the person that would possession of seven elephants. As with Vietnam, the rain drum was used in Thailand for ceremonies and for calling the troops to action. One story tells of a Thai military leader who was short of men placing a rain drum at the foot of a waterfall to create the impression of a large army of soldiers marching into battle. Rain drums have long been a part of Indonesia's culture and traditions. It is believed that the first rain drums made their way to Indonesia about 2500 years ago. In Bali, a predominantly Hindu island of Indonesia, rain drums are often found in temples and used in religious ceremonies. Most notable is the "Moon of Bali" drum that is impressive for its sheer size. Bronze “moko drums” are an important part of the culture on the small Indonesian island of Alor. Despite its small size, seventy languages are found on Alor, making it difficult for people who live a mere 15 miles away to communicate with each other. On this island a male who wishes to marry must present a moko drum to the family of his future wife. Since there is a severe shortage of these drums many couples must leave the island to marry or remain single. Moko drums typically are decorated with Hindu symbolism 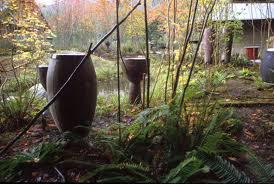 Students will use the writing process to create a poem about the rain. They will brainstorm in groups of four all words that describe rain and captures the feeling of rain. They will create their own poem,  “When it rains, ....."

Each poet will  enlists the support of the other  team members  to put motion and music to their poem and perform it for the class.