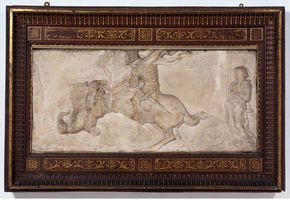 Saint George and the Dragon
Bio. 1

Biography with video from Bio.com 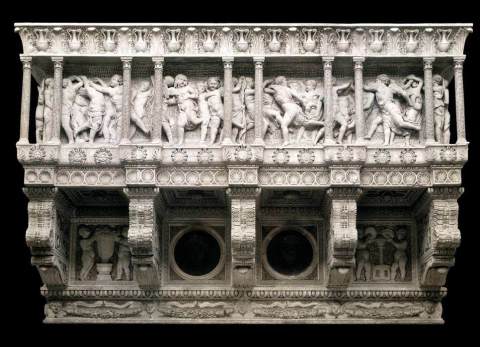 In 1431 the Opera del Duomo commissioned Luca della Robbia to erect a large marble Cantoria (singers' gallery) over the entrance to the north Sacristy in the Cathedral. Two years after Luca della Robbia began his work, Donatello was commissioned to design another Cantoria to be placed over the south Sacristy where it could form a counterpart to the one made by Robbia. Both were completed in 1439. On the occasion of the marriage of Ferdinando de' Medici in 1688 the two structures were found to be too small to accomodate all the singers, and they were replaced by wooden balconies. Later stone ones were substituted and are still in place today. Not until 1891 were the two cantorie reassembled in the museum, after having been kept dismantled at the Bargello.